Hello you beautiful humans, I hope you are all doing fantastically well. I have not posted in over a month, due to illness and low motivation, but I was still working in the background quietly, as usual jotting down ideas and notes, until a topic arose and I went with it. I am in the process of setting up a work-space within my space, to help me be more inclined to create content more consistently, I ask that you my readers and followers bear with me while I find my footing! I thank you for all the comments and participation, and I hope this post reaches someone in the way it was intended. Thank you and read on…

I used to fight a lot, with people with myself, you are probably wondering how did she fight with herself?

Well I surely found a way…

I was in my late teens early to mid-twenties, I felt like all that I ever worked for had to be fought for, somehow that is what I learned, just don’t know from whom or from where! Maybe because I am the last of my mother’s five children, so fighting for the attention and always getting it, or fighting to prove I was strong even though I was the youngest/smallest. I really do not know where it came from, and I stopped trying to figure it out a long time ago. I just accepted it as part of my personality. As I moved into my thirties, I became more aware of what would trigger me to feel like I ‘needed’ to fight, fight for the love of my significant other, or fight for a job, now my fighting was not a physical display, it was more in my mind, or verbally expressed, with unacceptable language at times.

I probably appeared angry to many people back then, who knows;  at the time I did not care or even seemed bothered, in my mind I was being real. But I could feel a battle within me and realised that I definitely had triggers, I now know when they were coming on, I learned I could have more control over my reactions to the things or people who seemed to set me off.

Why was I giving such external factors so much power over how I behaved or how I thought I should behave? As time went on and life happened my thoughts, behaviour and words changed, as we know change is inevitable, I did not know it was happening really until I found myself in familiar scenarios but my reactions were different, I was calmer and laughing at times at how silly people were, when they thought they were getting under my skin.

In conversation recently, I realised for the first time that having triggers is not always a negative thing, we can also have positively reinforced triggers, which give us a glimmer of light within a dim situation or a warm feeling deep down, when set alight. 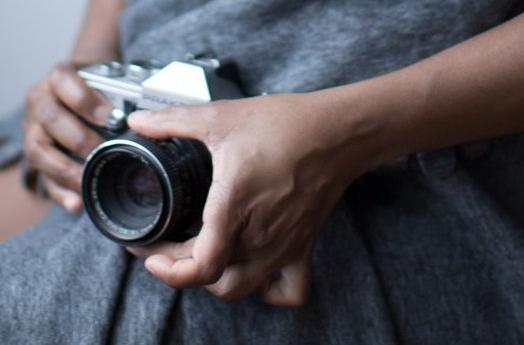 “Trigger me trigger you trigger we”

I have decided to focus more on the positive triggers, still recognising the negative ones but replacing them with a different trail of thought and a different behaviour and outcome.

About me: I was born in the southern Caribbean, I now live in London going on 17 years. I am creative at times and have done a bit of modeling, both in the Caribbean and NYC, in the mid to late 90’s. My interests include writing, dancing (of course being a Caribbean girl), playing dress up, make up, (has to be Fenty Beauty), psychology, being & feeling sexy, being well… Lisa

Check out her blog: https://www.beinglisalove.com/